Galway City is the third largest city in Ireland and is also one of the fastest-growing cities in Europe. Situated on Ireland’s western seaboard, Galway City is next door to Ireland’s largest Gaelic speaking area (Connemara) and across Galway Bay from the famous Aran Islands. The capital of the West of Ireland, it is a thriving city with a University, Regional Technical College, shipping port and airport. In medieval times Galway was a powerful city trading with the European continent in wine, spices, salt, animal products and fish. Key medieval landmarks today include the Spanish Arch, Lynch’s Castle, Eyre Square, and Blake’s Tower. Although it celebrated its Quincenntenial (500 years as a Mayoral City) in 1984, Galway is also a very modern city with three of every four houses in the city today having been built in the last 40 years. 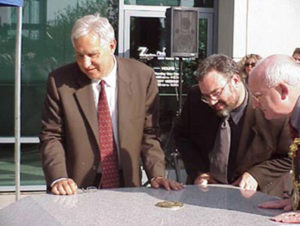 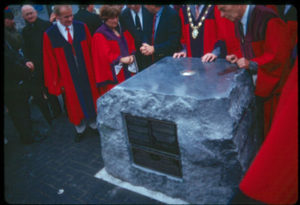 Many citizen to citizen visits and contacts annually take place that keep the Seattle – Galway relationship vibrant and active. Those contacts include a Seattle Delegation visit to Galway in 2012 and a Galway Delegation visit to Seattle in March, 2013. To Seattleites, Galway represents the best of Ireland and there is great interest in further expanding the ties of friendship that already exist between our two cities. The Seattle Stone in Galway is located on the waterfront Seattle-Stone at the intersection of Quay St (opposite Jury’s Inn).